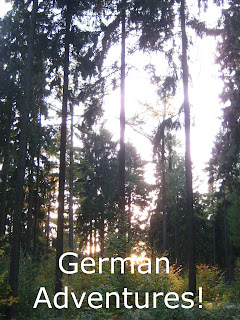 Yesterday, I wrote about some of the birds I saw in Stadtwald Lemgo. There was also some amazing fungi in the wood, particularly in the coniferous parts, and unlike last time I was looking at fungi I had my camera on me, so let’s take a look! 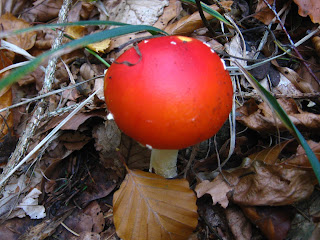 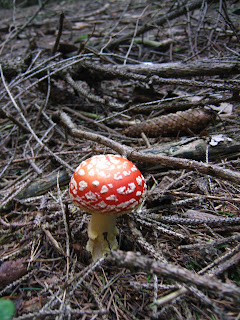 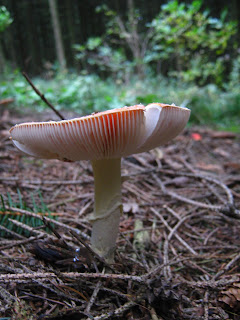 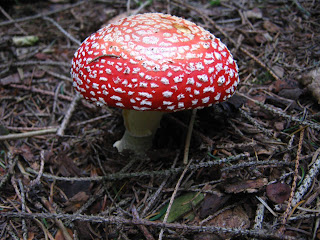 These are all Fly Agaric, the classic ‘toadstool’ fungi, which I’ve seen in the UK before but never so many at once- in some parts of the wood they were very numerous. There were lots of different sizes and levels of spottiness. 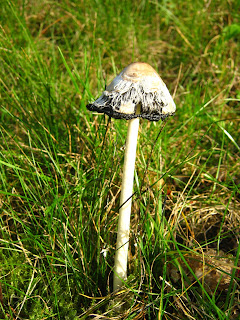 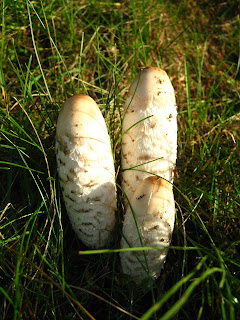 This is another one I’ve seen before, the Shaggy Inkcap, in two levels of size and inkiness! These were found outside the wood, on the grassy verge of the road leading to it. 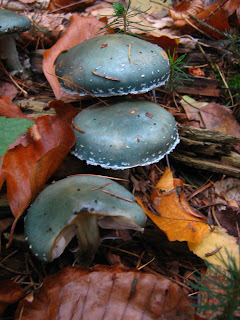 Now this is a new one for me: it’s another agaric, this time Verdigris Agaric. Its striking green colour caught my eye almost as strongly as the bright red Fly Agaric, and like them it has white spots. I think this one looks a little like those colourful macaroons you can get! Only poisonous. ^^ 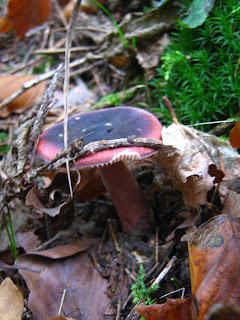 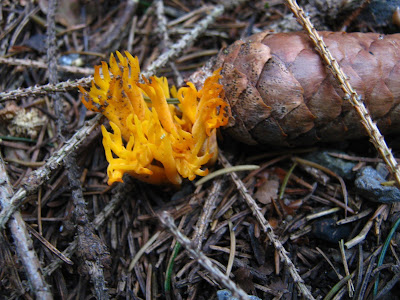 This fantastic thing was the brightest of all! It reminded me of a piece of coral rather than something you’d find in a wood. It’s actually caused a bit of an ID conundrum though, I now think it’s Yellow Stagshorn but initially thought it was Meadow Coral. Meadow Coral can be found in woods, but Yellow Stagshorn attaches itself to conifer roots, and it was found in a conifer forest. Was it attached to a root? I couldn’t say and there’s no way I can go and check now, I wish I’d taken more photos of more of the different specimens of this fungi that were around! I’d never seen anything like it and had the sort of idea that it would be an easy ID, but actually there are many coral-looking fungi, and both the Meadow Coral and the Yellow Stagshorn are common! Must keep an eye out for coral fungi in the UK. Anyway, if you can solve this ID mystery please do drop me a comment and let me know! I would be so grateful! :)

Update (22/11/13): Was doing some research on fungi today and found this photo of the Meadow Coral, which doesn't look anything like my photo, so I think I have Yellow Stagshorn here. 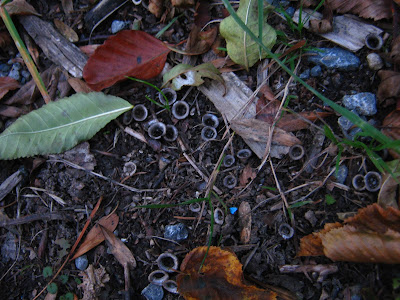 And finally, I almost missed these tiny little things that were next to the path leading out of the wood. I’m pretty sure they are Field Bird’s Nest, which is such a brilliant name- they even look like they have little eggs inside them!

That was all the fungi I photographed, but there was something else just as brightly coloured: take a look at this little guy! 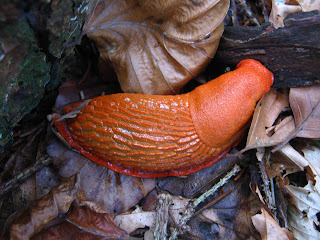 I say little, but as slugs go he’s enormous. And WHAT a colour! I’ve never seen one like this before. I’ve done a little research and I think he might be a Red Slug, though I’m happy to be corrected. I wish I had a book on slug species! I saw one in the UK recently with some gorgeous patterning which I would have loved to identify.

Tomorrow: the birds I saw on the ferry crossing!
Posted by E at 16:00